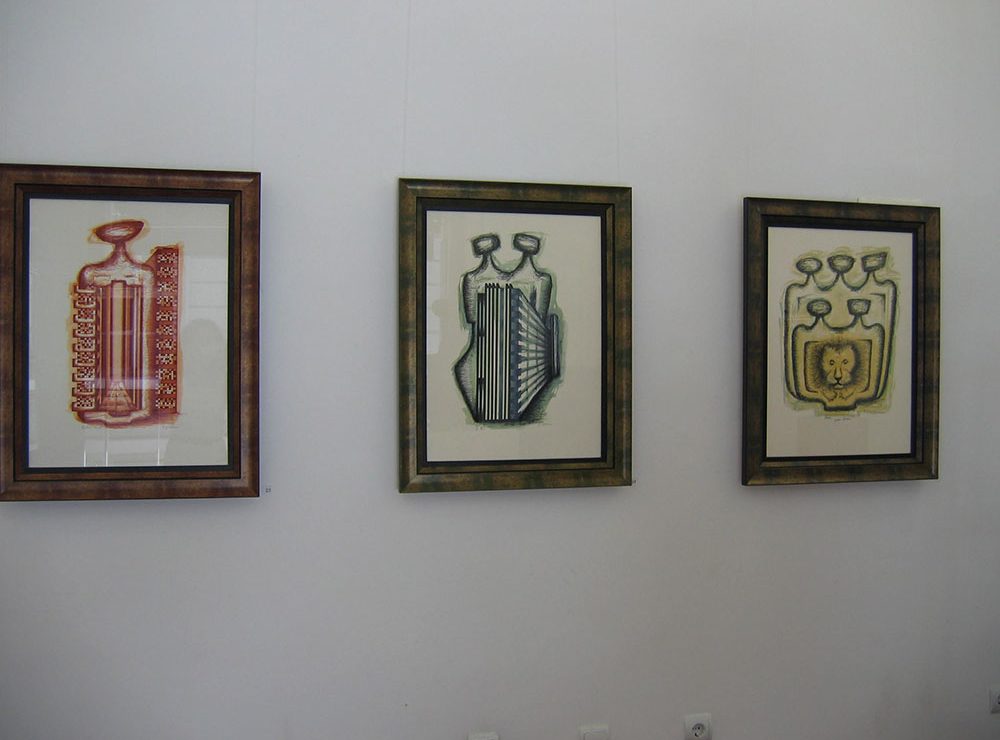 The exhibition “A Meeting” gathers the works of father and son – Nikolay Rainov and Boyan.

Nikolai Rainov (1889 – 1954) is famous Bulgarian artist, writer, researcher and theorist of art, long professor and head of the Department of History of Art at the Art Academy, translator, linguist. He participated in the formation of modern art in Bulgaria in the early twentieth century. Author of over eighty volumes of writings, many of which are developments of theory and history of art, monographs, analysis.
His son – Bojan Rainov (1921 – 2005) graduated from the Art Academy in Sofia. In 1946 he leaves for France, where lives until his dead in 2005. Actively participate in the cultural life of Paris. In 1946 opened an exhibition of paintings to the book of Paul Eluard “The Beauties and the Beasts”, with preface by Jean Cocteau. In 1963 participated in the “Exhibition of the seven trends of modern sculpture” – a representative exhibition of the main trends in European sculpture, along with Jean Arp, Alberto Giacometti and others. The same year receive first prize of the International exhibition of sculpture in Monte Carlo for the work “Les Enlaces” ( “The Embraced”).
France shows particular attention to the artist, as issued by the 60 year anniversary in 1982 postage stamp with his work “The Family”. Boyan’s monumental sculptures “The Family”, “Friendship between the people” and “The City” are placed on three squares in Paris.
Until the end of his life he didn’t return to Bulgaria and never meet his father again.
This exhibition gathers works of father and son – a wish for joint exhibition of both artists. The exhibition shows drawings of Nikolai Rainov and sculptures, oil paintings and lithographs Boyan, which works are not shown to the Bulgarian public.