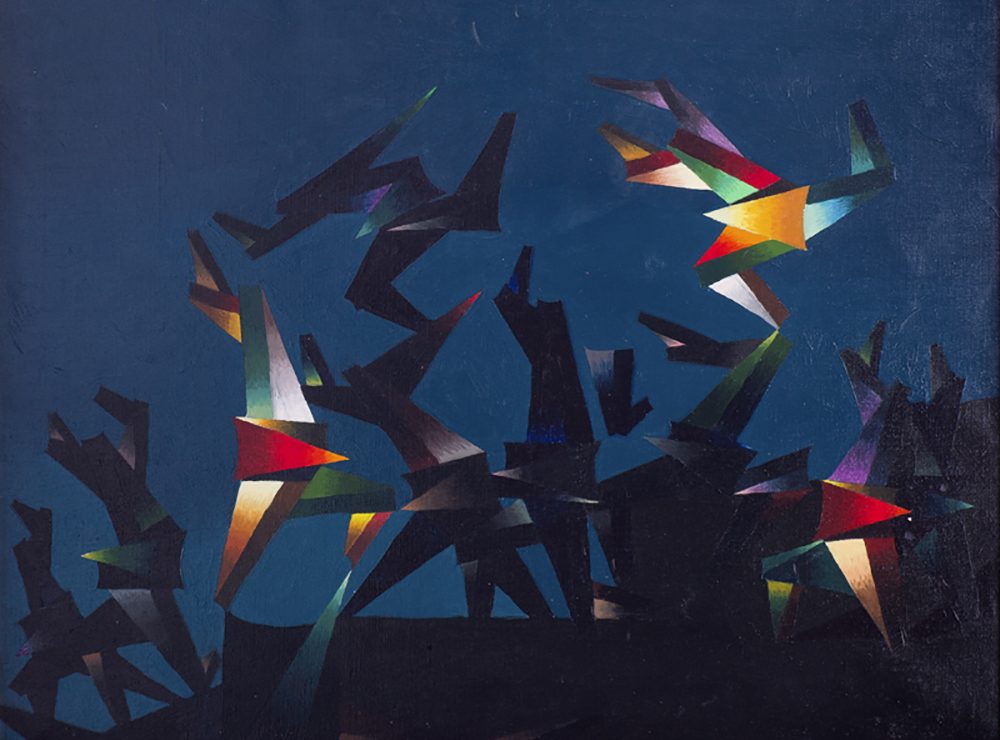 This exhibition gathers some of Georges Papazoff’s works residing in private collections across Bulgaria. It is pleasing to see an increasing number of connoisseurs here rediscovering his body of work and the place he holds in the history of modern art, because he retained his spiritual connection to Bulgaria and drew inspiration from it throughout his life.

At the time he worked, Georges Papazoff was among the most prominent representatives of modern art at the heart of Europe. He matured as an artist across the great European art centers in the twentieth century’s early decades – Prague, Munich, Berlin and Paris. As he searched for his own way of expression, elements from the different movements of modern art appeared in his works – expressionism, abstract art, cubism and futurism; but surrealism was the one that allowed him to express his perception of the world most truthfully. Although he never formally joined the movement, he was recognized by his contemporaries as a “surrealist before the Surrealists” (the words of Jean-Paul Crespelle). In his artwork, he created a tremendously rich new world, one seen in his visions and dreams, devised by his intuition, fantastical, and populated by magical images. With a free and independent spirit, seeking himself, he produced works that today form part of the modern art canon.

Our exhibition aims to showcase the artistic wealth left by Georges Papazoff. We selected paintings created in different periods of his life, allowing his art to be traced across its development and in all its diversity. With the exhibition, we pay tribute to this significant painter in commemoration of the 40th anniversary of his death. The exhibition was made possible by the courtesy of the owners of Papazoff’s works and his heirs.

The gallery issued a catalog for the exhibition with a preface of prof. Andrei Nakov.