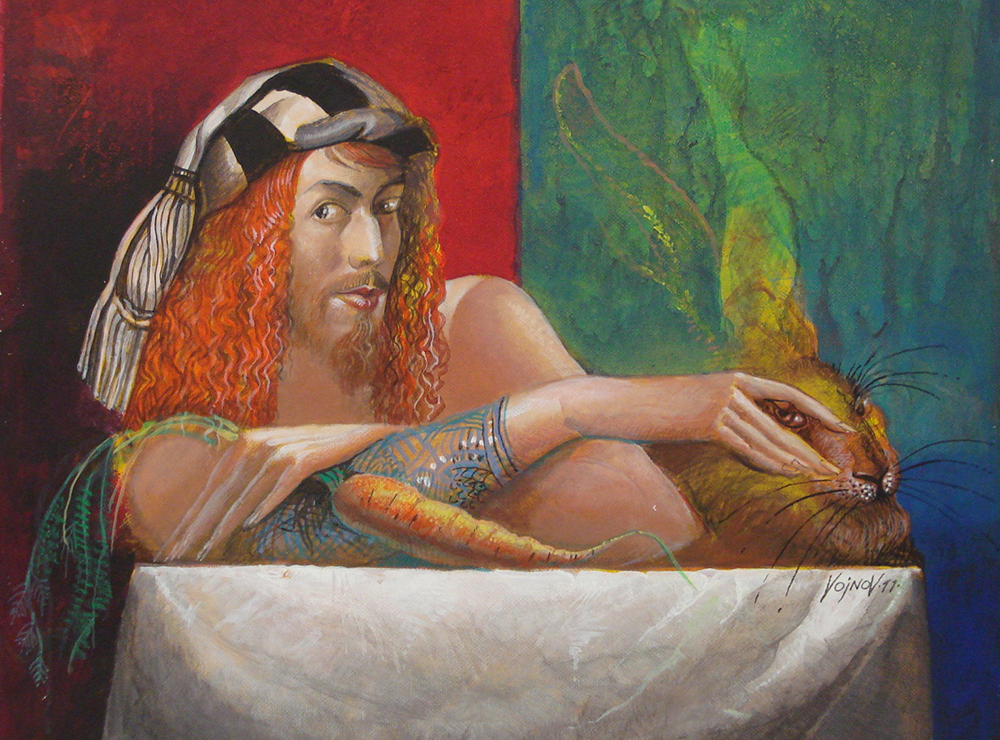 Rakursi Art Gallery presents Dimitri Vojnov’s exhibition entitled “To My Teachers”. Better known to the European audiences than in Bulgaria, Dimitri Vojnov shows his works for the second time in Sofia since he has left the country in 1986. The exhibition is dedicated to the teachers he has learned from over the years– the great artists from the Renaissance up to the present– Leonardo da Vinci, Rembrandt van Rijn, Vermeer van Delft, Albrecht Dürer, Marc Chagall, Andy Warhol and many others.

Dimitri Vojnov was born in 1946 in Bulgaria. He graduated from the Sofia art Academy and later worked as associated professor in painting. In 1986 he emigrated to Germany. He has over 50 exhibitions and participation in art forums in Berlin, Frankfurt, Cologne, Dusseldorf, Freiburg, Weissbaden, Bremen, Baden-Baden, Vienna, Amsterdam, Luxemburg, Geneva, Paris, Sofia, etc.

The works of Dimitri Vojnov combine classicism (regarding the technique) and ambiguity of form and meaning of the images. He interprets biblical and mythical subjects, which he draws into his own Universe, filled with symbolism, mystery and eroticism.