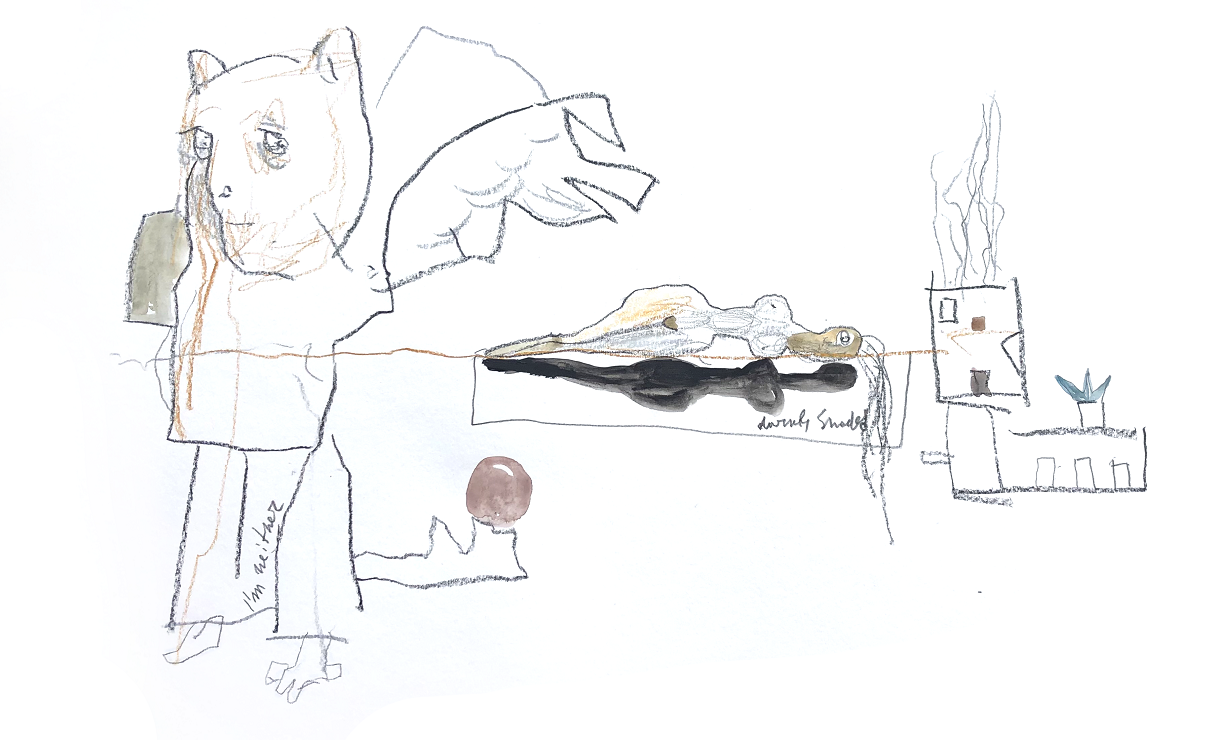 In this exhibition, containing two series, the focus is achieved freedom and threatened freedom. The first series is Parisian, because in the city of artists it is most strongly felt that there is no better way to achieve freedom than art. Art and the world surrounding it somehow naturally merge, becoming one and the same thing, and Ghiuselev, while he was there in Paris, painted this art-world.
The second is the Moscow series, Ghiuselev was never there, and that is exactly where the threat to freedom comes from – not only for the victims of the Russian missiles, but also for every European. The artist painted with the hand of a threatened European. With a skillfully orchestrated interaction of surrealism and expressionism, he has shown in different images the brainwashed, the ideological kitsch, the past that has returned, the longing for meaning, the scorched hopes, the smile of thugs, the pain of the innocent, the fear of the future…
Chavdar Ghiuselev’s exhibition is an artistic warning of what they want to take from us and who wants to take it from us in 2022, when history turns to the East again.