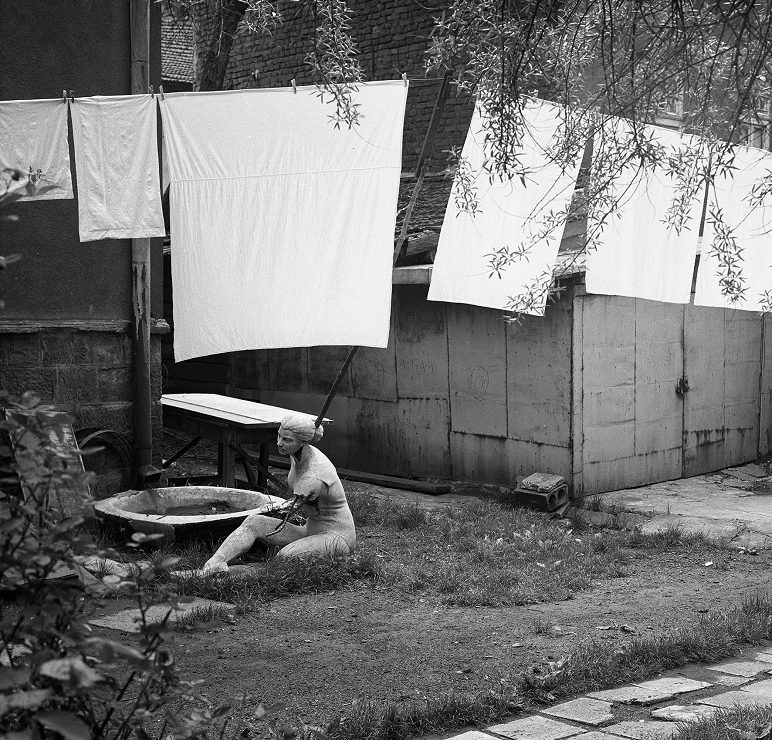 Rakursi Art Gallery presents a photography exhibition of Zafer Galibov. The artist is famous for his work as a photo journalist, for his portraits of jazzmen and artists, his documentary, scenic and act shots. Galibov is also known for his taking part in various endeavors – from scientific expeditions to the Himalayas and Antarctica to having a show at the psychiatric clinic.
The inspiration behind the photographs and combining them in the exhibition “The Statue” is the short story of the Swedish author Artur Lundkvist.
The photographer captures the intangible nexus that link people and objects. He gives the spectator the opportunity to notice deeper layers and meanings behind the visible surface.
The photographs were shot in black and white and were captured in the 1970’s.

„A man woke up with a statue in his embrace, hard and cold as a stone. In her he recognized his wife: still young and beautiful as before but hardened, as if turned into marble.
First, he thought that she might have gotten frozen into some type of a sleeping state: he shakes her, grabs her by the marble hand, tries everything to wake up.
He screams, caresses her, cries over her in desperation- but in vain- she remains a statue, undisturbed and stone-like.
And then he realized the desperation of his defeat: he didn’t give her enough love to keep her alive and now there’s nothing he can do – it’s irreversible.
All he is left to do is to erect his wife in some corner of his home, just as a souvenir, as a work of art.
Gradually he gets used to living without her, although he frequently looks in the direction of her undisturbed beauty with a sense of sadness and yearning.
One day he decides to put the statue in the garden and with time thought of her less and less.”