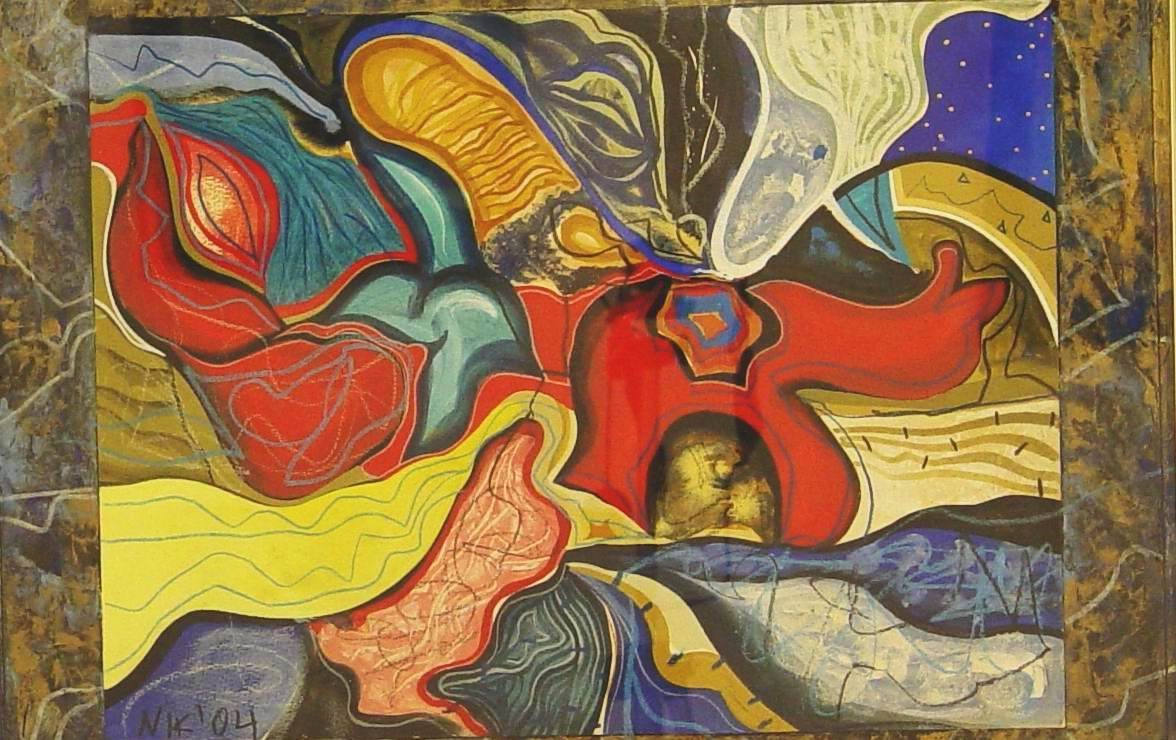 Nikolay Ivanov is a painter with different seekings and expressions, who persuies the total syntesys between different arts and expresive languages. According to the complexity of contemporary art – between the postmodern and technologies, his artworks incude paintings, interiors in different techniques (fresco, mosaic, glass), performances and instalations and mainly – music- from jazz and ethno to electronic ambient and avangard. He has 25 one-man shows in Bulgaria, Germany, Spain, Hungary, Chech Republic; participations in many festivals with performances and instalations, 14 CDs, many conserts all over the world; he has composed the music for 13 films and one ballet.

As an artist who seeks many-sided expression, he provokes himself with every next art work and looks for new aspects in his creations. On other hand, during the years, the influence and inspiration from the nature are consciously pointed in his works, because the basic harmonic vibrations in this kind of creation are impossible without them. The artist keeps this connection by travelling all over the world – from Balkans to Himalayas (he participated in the concert on altitude of 5 345 m – the “highest” concert in the world according to Guinness). The present exhibition is inspired by two voyages through the Dalmatian islands in Croatia this summer. The compositions made during this journey keep that wonderful feeling of the beauty, which exists where all artificial traces drop off.