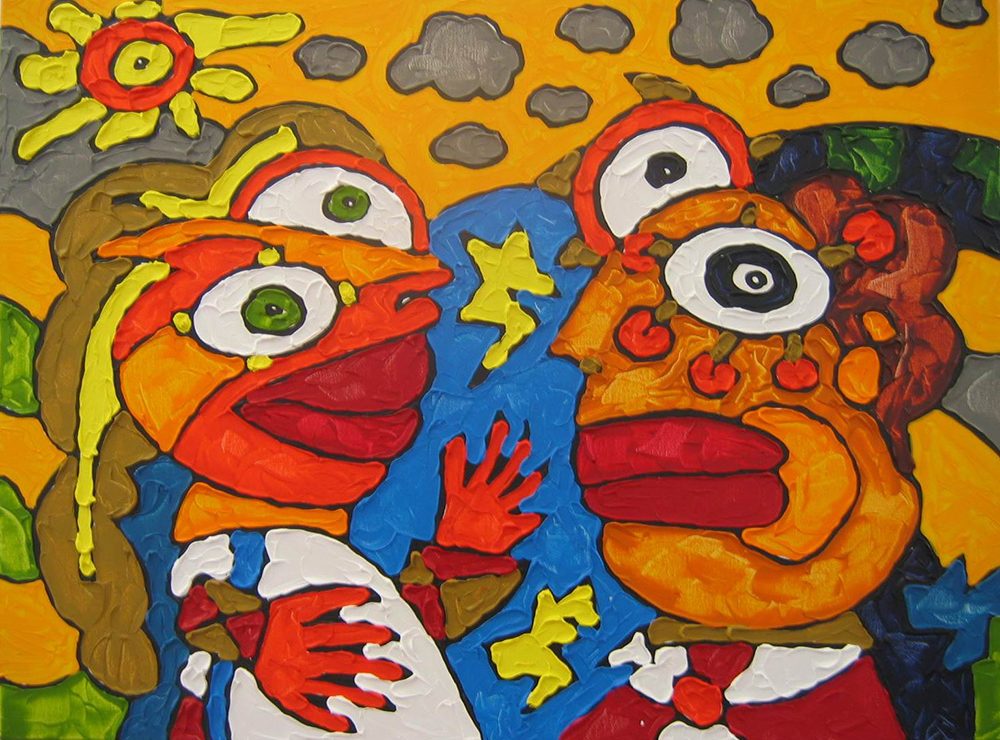 Michael Fischer-Art is one of the youngest artists from the “Leipzig School of Art”. He has formed his own characteristic style, dissolving the boundary between fine art and popular culture. His works are eye-catching with bright colour and dynamics, bold and simple. For them is written, that they attack the world with biting humour and plenty of colours. The paintings have character of comic strips and sketches. They are full of allusions, sarcasm, sometimes they are impudent and presumptuous. This is his way to react to different political events and to narrate stories, which happen in the modern world. He defines his own style as something “between comic effect and politically motivated reality”.

As a dinamic personality, Fischer-Art feeds his artistic energy on confrontation to the established structures and ways.

Beside paintings, he creates huge projects as the decoration of the new lecture hall of the Dresden University of Technology features an area of 2400 square metres, mural work on Leipzig’s Bruehl Arcade which covers 3000 square metres and a giant 7-mettre high sculpture of a bird from painted steel wire in a hotel of the city.

His style, which he discribes as “colour shock therapy” can be recognised always despite of the size of the objects, materials and technic.