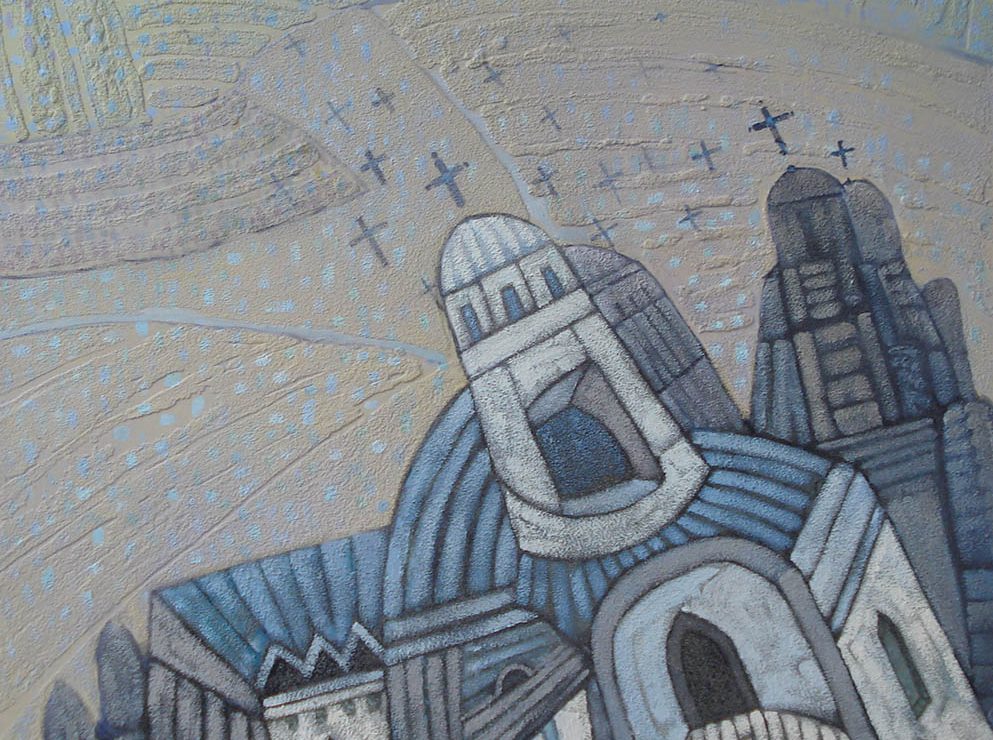 Rakursi Art Gallery presents the recent works of Slav Bakalov in the exhibition “Meteorites”. The main theme in the exhibition is about the spiritual dimensions of his life, which he interprets in his specific expressive colorful and playful way.

Slav Bakalov works as a painter, sculptor, director and script-writer of cartoon movies. He has published five books.

From 1975 to 1989 he created more than 50 cartoon films, one of which – full-length and four documentaries. For his cartoon movies he received many international awards –First Prize for animation – Anessi, “Golden Plate” in Athens, “Silver Dragon” in Krakow, Prize for innovation in animation from the Ottawa Festival and the most prestigious “Golden Palm” from the Cannes film festival (1985).

In 2008 Slav Balakov puts on stage the famous play of David Mamet “November”, which now is playing in the Theater of Satire in Sofia.

Since 1989 he has predominantly been engaged with paintings. His paintings are imbued with vivid coloring and subtle sense of humor.