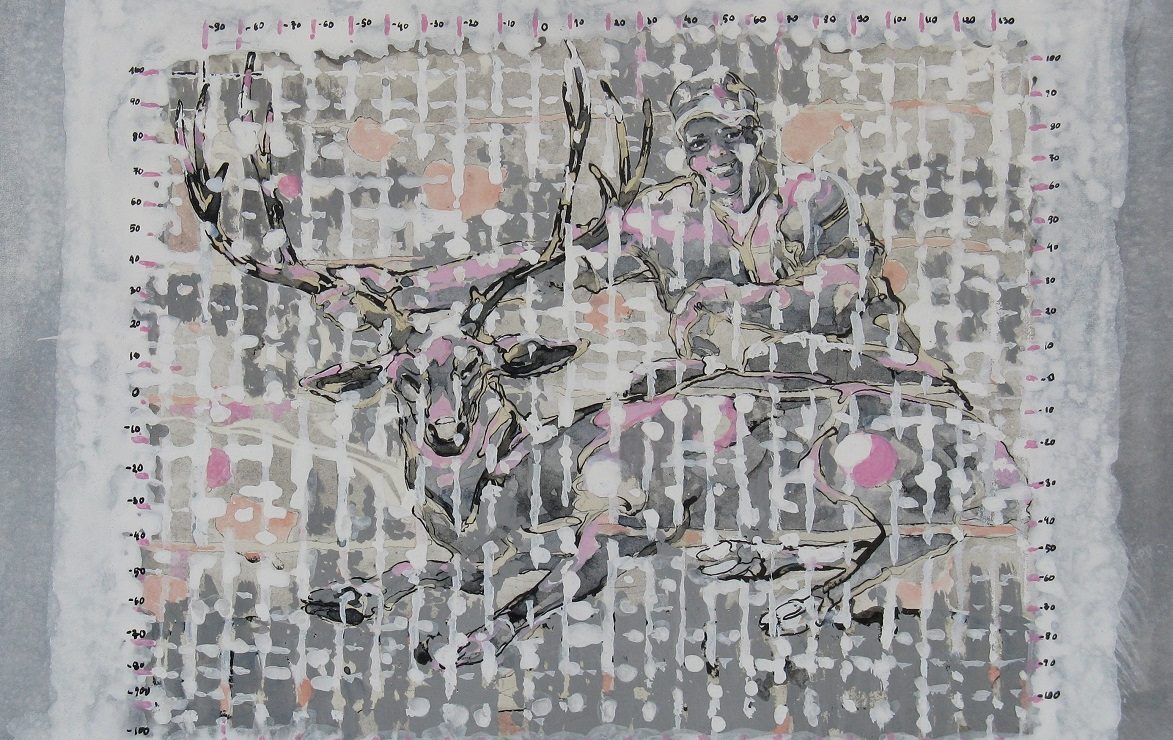 The Hunting Trophies series consists of 25 gouache and ink works on paper and 8 oil paintings. The dictionary defines hunting as ‘the pursuit of game or the activity of searching for something’. The later can be said of art as well. In my hunting series the hunter and his trophy are always present. The moment when the hunter poses with his trophy is the most intriguing for me. There are two motives here: the moment of success, and the position of dominance. The theme of the position of dominance, its interpretation and the way it is presented runs through the last few years of my artistic practice bridging my abstract paintings with the hunting series.
The process of creating a painting begins in a state of maximum closeness with the event and develops to the state of separation from it. Eventually my aim is to focus on the image and its interpretation as interrelation of abstract forms. At this state the subject is taken out of its everyday context and helps to extract its essence – to see it without the blinding presence of familiarity. The rhythmically spaced cylinders and twisted grids which I use are an attempt to remodel and to interrupt horizontal and vertical plane of the pictorial space. The frontal plane of the cylinders is unpainted plain paper creating an illusion of displaced background. In each separate work I try to add another and different plane – another