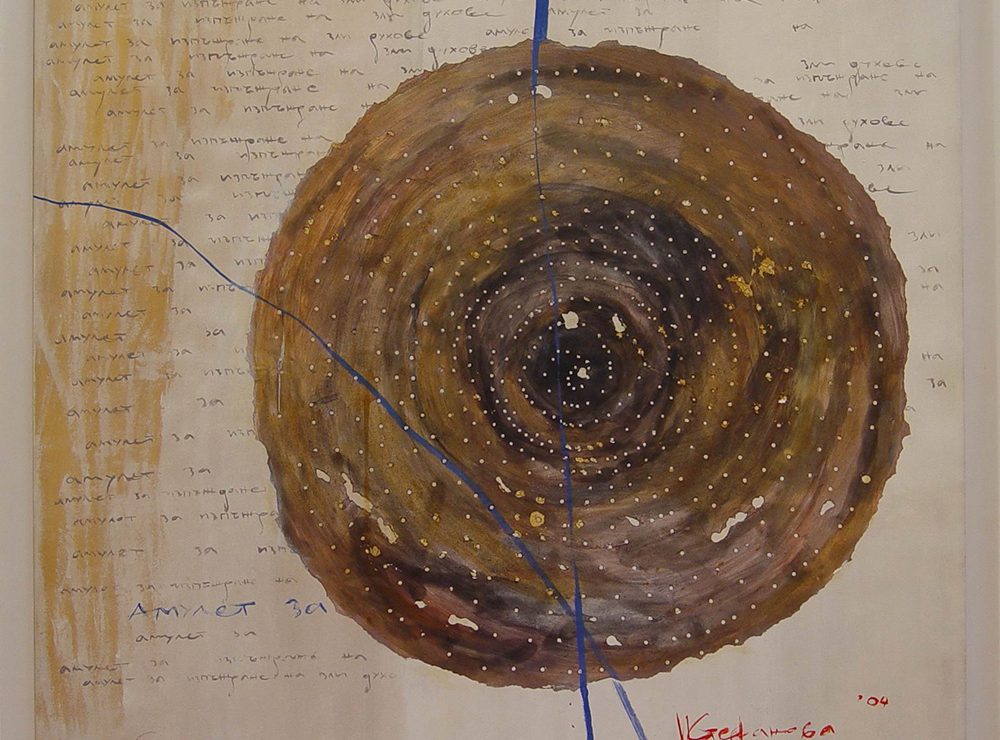 Rakursi gallery presents the exhibition “Directions” of the young artist Tsvetelina Stefanova. It comprises paintings from two cycles – “Amulets” and “Neolith”. The themes are inspired by the prehistory and the power, which the ancient subjects posses. The artist perceives them as full of magic and harmony. The paintings are performed on canvas or glass, in some of them is used text and collage.

Tsvetelina Stefanova was born on the 7th February 1978 in Gabrovo, Bulgaria. 1997 – graduated from the Art High School in Kazanlak and in 2002 – from the University of Veliko Tarnovo, subject Painting. She has organized one-man shows in Stara Zagora and Tryavna and has participated in group exhibitions in Sofia, Veliko Tarnovo, Stara Zagora, Gabrovo, Pleven.
She won the Prize for painting of Veliko Tarnovo University for 2001 and the Prize of Lions Club- Austria at the XVIth Biennial for Humour and Satire, 2003 – Gabrovo.